What nice folk there are on twitter. On 12 October I was informed by a nutter in Ireland that these poems and verses here would be eviscerated by them in a literary review. How very sweet that is!
I look forward to entrails spilling forth.

Now changed due to Hacking

The picture at the top of this site was taken at Burrowbridge, Somerset.  That was of the flood that blocked the road to Athelney.
A lovely place to walk but not that day.

Trevor was brought up in a blitzed and ruined city. He reflects that all those bomb sites made the biggest adventure playground any kids have ever had. It’s rebuilt now and has corporation run playgrounds. There is so much irony in war and in history.
Trevor is a veteran of 5 years in the Royal Navy and is now semi-retired (not by choice). He lives in Somerset in the West of England.
As a boy he picked up some library books on poetry the first two were by Chatterton and Clare.  He has been a great admirer of the poetry of Clare ever since.  It is perhaps for this reason all his poetry is mostly traditionally structured with rhythm and with rhyme.
A lot of Trevor’s work is incomplete. These days he tends to use historic events to tell of things that were a little too close to the reality of his experiences.
He left school at the age of 15 to join the Royal Navy where he served on several ships including HMS Albion during an undeclared war now known as the Indonesian Confrontation.
Some days he wishes that he had never been in the Navy. Playing football in Bristol, he reckons, would have been a happier way to spend formative years.
Trevor recently visited Brent Knoll near Burnham to get a good view from the top. There are remains of an Iron Age hill fort there, Roman remains, British and Saxon fortifications and even trenches that surrounded a WWII position. From the top of the Knoll, the Channel can be seen, all the way to Caerleon in one direction and to the Tor at Glastonbury across the misty levels in the other direction. For millennia people have fortified and fought over this spot. On a clear day it all seems worth it. It’s worth it just for the great view. 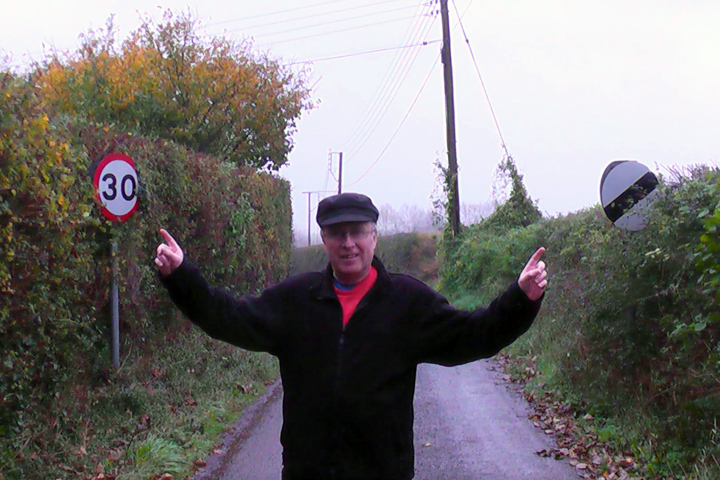 Over the next few months I will be posting poems about naval subjects on a separate page on this site.

Trevor Morgan is hereby identified as the author of these written works in accordance with Section 77 of the Copyright, Design and Patents Act 1988 of the United Kingdom and recognised by International Treaty.

It is my express instruction that all of my works of poetry nor any extracts therefrom be not published, performed nor promoted by any publisher or other media within the United Kingdom of Great Britain and Northern Ireland and the Republic of Ireland.  Nor may they be downloaded, nor saved in any way nor quoted from by any person real or legal within the United Kingdom and the Republic of Ireland.

The only exception is if authorised in writing by myself.

This I am adding as a codicil to my will.

This site uses Akismet to reduce spam. Learn how your comment data is processed.